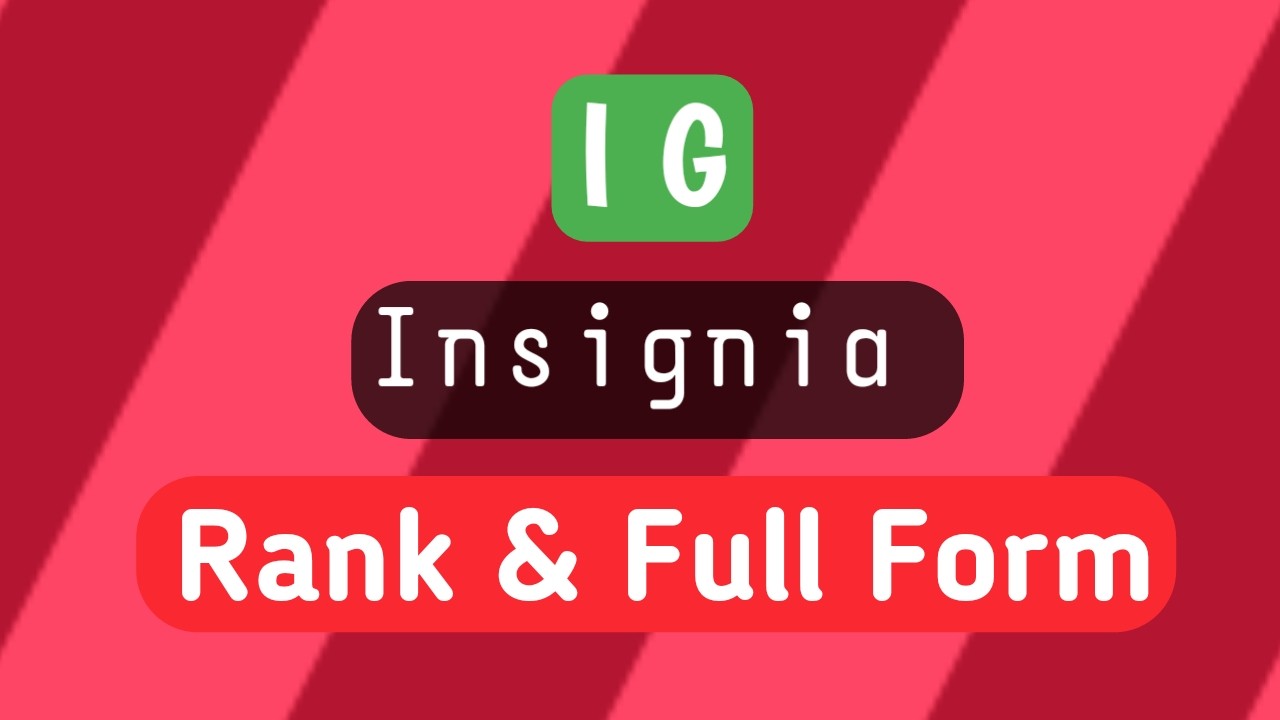 Today, I’ll discuss IG full form and also other most important information related to an IG, so if you’re curious to know, keep reading.

In fact, whenever we hear the name of IG, a thought definitely comes into our mind, what is the meaning of IG ? or what IG full from is.

With IG full form, it also comes into the mind what rank an IG holds.

Additionally, how can anyone become an IG ? and other more related questions.

So, if you’re also looking for the answers related to these questions, stay tuned.

In this article, I’ll clear all your doubts or you can say that I’ll put an end to the doubts related to IG.

Here is a proper discussion of everything about IG.

If you want to know about SDM, please read the article by clicking the provided link.

Sometimes, I have seen that some of the people who belong to a small town or village think to become a police officer because of a hope.

Apart from this, they also think that if they were an officer in police department, they would feel like a boss.

But, most of them only think about it and at last leave the hope.

At the same time, some diligent people or students highly intend to become an police officer.

Eventually, if you are also one of the diligent people or students and want to become an police officer like IG, just read the complete article.

I’ve discussed all the important details about an IG.

Firstly, you’ll know how the rank of IG had been included in Indian police service. After that you will know about IG rank, Insignia of IG & IG full form.

Firstly, know how the rank of IG was included in the police department.

Actually, when the British rule was in power in India, the government of that time or the British Government introduced the Indian Council Act 1861.

As a result, a new cadre of police was created by this act, which was known as superior police services.

But, later it became famous as the Indian Imperial Police. Moreover, at that time the highest post was IG only.

But, in modern India IGP ( Inspector General Of police ) is only a senior police officer, which holds third highest rank in a state.

Well, this is the best way to recognize an IG.

If you see cross sign of sword and staff on any person’s uniform and a star too on both the shoulders. Then, it means, that person is an IG.

In addition, a IG-ranked person wears gorget patches on his collar.

Even though the patch has the same dark blue background like DIGs & SSPs but an oak designed leaf is present there.

By seeing this, you can also recognize them.

Now, it’s time to know the full form of IG. Eventually, here is IG full form that is Inspector general Of Police.

By knowing all those things, if you determined to be an IG, I described the way below by which you can achieve it.

There are only two ways to become an IG and both of these methods are a bit difficult, but not impossible.

As I told you that you can be an IG by two ways, the first one is through UPSC and the second is through PCS.

If your dream is to become an IG, by preparing either of these, you can fulfill your dream very easily.

Ultimately, I hope that the article must have proved useful and helpful too because after doing many researches I wrote this article.

Now, I hope that you will not hesitate to tell anyone about the rank of IG.

Moreover, I wrote an article about IAS, if you thought of becoming an IAS or have interest to know about IAS, please read the article by clicking the given link.

The purpose of writing this article is to provide the essential information about an IG such as IG rank, Insignia of IG, IG full form etc.

As a result, at the time asking by someone, you can describe it very well.