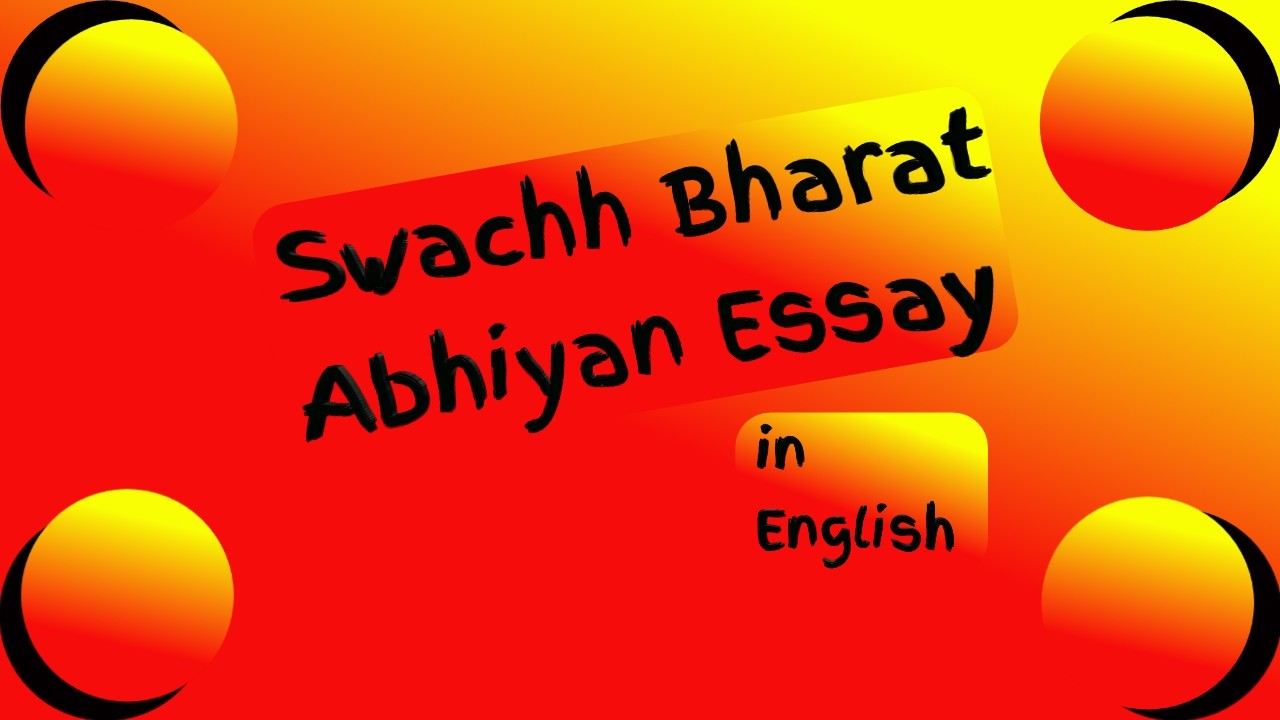 In this article, I’m going to write a Swachh Bharat Abhiyan essay with headings as well as in 100 & 200 words.

Swachh Bharat Abhiyan means making India clean with effort. Though the government made several efforts to meet the target, people are unaware of the cleanliness.

The Swachh Bharat Abhiyan essay is very important from the exam perspective.

So, without wasting your time, let’s start to write the Swachh Bharat Abhiyan essay.

Also, check the aricle on the social media addiction essay?

Swachh Bharat Abhiyan was commenced to make India clean by the Prime Minister of India, Narendra Modi on 2 October 2014, keeping in mind the vision of clean India of Mahatma Gandhi.

Keeping India as clean as possible was one of the important objectives of Mahatma Gandhi. Hence, it was carried forward in 2014.

When the campaign started, it first started at the village and town levels.

Today, this campaign has spread all over India. Both the government and the public are making efforts to make the Swachh Bharat Abhiyan a success.

Know also, how to write importance of education essay?

2. Why was Swachh Bharat Abhiyan started? –

There were many reasons for starting the Swachh Bharat Abhiyan.

Narendra Modi Ji wanted to bring cleanliness to the whole country on Gandhiji’s 145th birth anniversary. He wanted to eradicate many types of sanitation-related problems prevailing in our country.

The main objectives of this campaign were to eliminate open defecation, eradicate the diseases spread by wet and dry waste, make everyone aware of cleanliness, etc.

This campaign not only awakened the sanitation workers but also every citizen of the country to keep the country clean.

Swachh Bharat Abhiyan means a campaign in which cleanliness is considered paramount.

If every citizen of our country becomes a part of this campaign, it won’t take much time for India to become clean. When India becomes clean, foreign investors and tourists will gather here resulting in the growth of GDP.

Cleanliness in our country will also reduce the outbreak of diseases. People will be healthier than those of other countries.

Also, this campaign will bring a big change in other countries as well.

Read also, an essay on a historical place.

Before starting the campaign, the total estimated budget was around 62 crores.

The World Bank also supported this campaign. It gave around $1.5 billion to the Indian government as a loan.

Moreover, about 10,000 crores were also collected for this campaign from an additional tax of 0.5%.

The total amount collected was spent on rural and urban areas to meet the essential sanitation needs there.

Know, how to write an essay on my favorite teacher?

In conclusion, I’ll say that the percentage of cleanliness has increased in India under this campaign.

However, its period ended on 2 October 2019, but still, it remains in the hearts and minds of the people.

Now, people refrain from spreading filth and prevent others from doing so.

If people continue to give high priority to cleanliness, the day isn’t far when our country will attain the first rank in the world in terms of cleanliness.

Are you looking for Mahatma Gandhi essay?

The Swachh Bharat Abhiyan was initiated by Prime Minister Narendra Modi. It was started on 2 October 2014 to promote cleanliness in our country.

To make this campaign successful, people all over the country made their best efforts.

From politicians to actors, from children to old people, from educated to illiterate, everyone participated enthusiastically. The main goal of this campaign was to make the entire country defecation-free in five years. Even it was successful to some extent.

To overcome this problem, toilets were arranged from house to house. Problems like garbage and filth were also solved in this campaign.

Various small-scale campaigns were conducted to spread its propaganda.

This campaign lasted till 2 October 2019. Later, people considered it an important responsibility and applied it in their lives. It has increased the percentage of cleanliness in our country and now people avoid spreading filth.

The Swachh Bharat Abhiyan became very popular in other countries as well. It has surprised the whole world, due to which many countries are now promoting cleanliness. For starting this campaign, Narendra Modi Ji was awarded the Global Goalkeeper Award in 2019.

At last, I hope that the article must have proved to be very helpful for you. Here, I’ve written this essay in many formats. Now, it depends on you which one you prefer.

I hope that you liked this article. If you really liked it, please share it with those who need it.

1. Which is the cleanest city In India?

Well, there is a huge list of such cities in descending order but Indore is the cleanest city in India.

2. What was the main theme of the Swachh Bharat Abhiyan?

The main theme was to make India defecation-free by 2019.