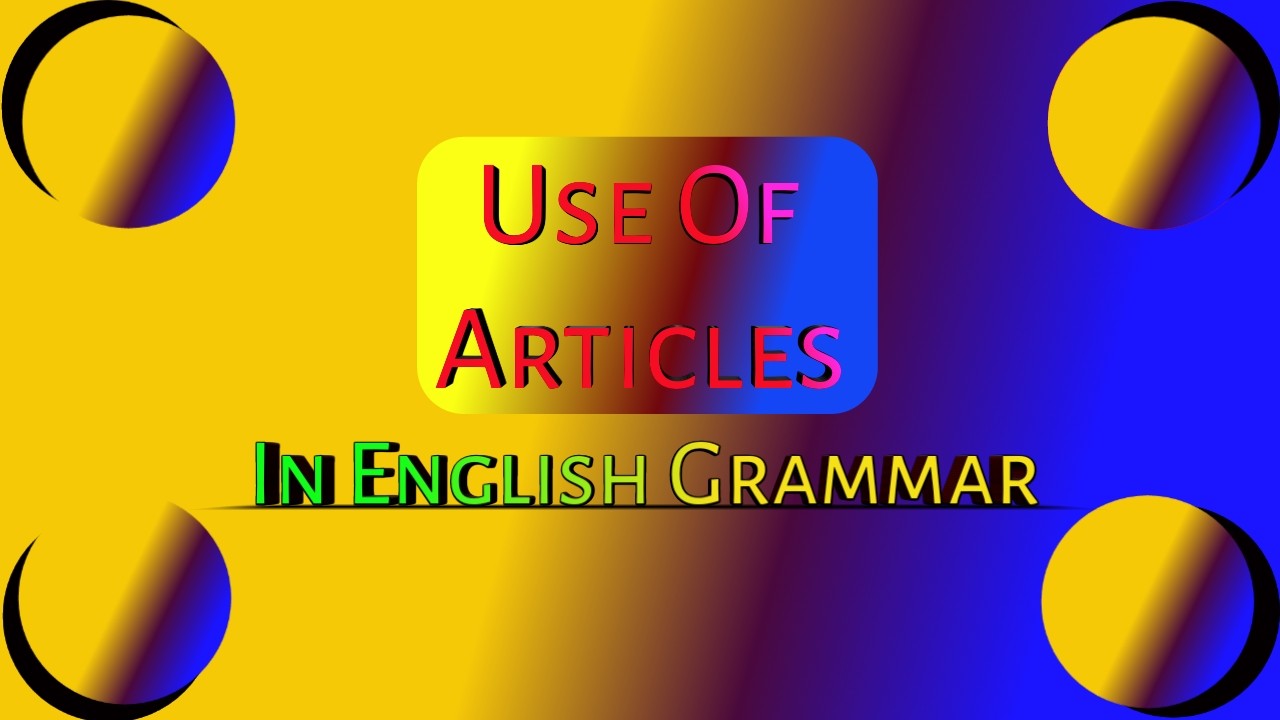 Today, I am going to discuss, what is the use of articles in English grammar ?

Well, there are a lot of articles on Google but I’m not satisfied with them.

This is why, I have written an article to provide you deep knowledge of articles ( a, an & the ).

Often students are confused, what is the use of articles in English Grammar and when they know about it, they generally learn the use of very common articles ( a & an ).

Because, leaning the use of Grammar rules and topics isn’t easy at all.

In the same way, the use of articles in English Grammar is also not an easy task.

If you are interested to know about, what is adverb in English Grammar ?, you can read the article by clicking the provided link.

As I told you that students generally learn how to use articles ( a & an ). However, I have seen that they are unaware of the proper use of article an.

Because, there are some such rules that are very important to understand article an.

Hence, if you have been driven at this article, I am making you sure that you will completely be satisfied.

Without wasting your valuable time let’s start the topic that is about the use of articles in English Grammar.

Use Of Articles In English Grammar ( A University & An SDM ) –

The use of articles in English grammar is very easy for those who studied the proper rules. At the same time, it’s very tough for those who are unaware of the basic rules of this chapter.

If you want to become a good English speaker or savvy of English Grammar, you must know all the Grammar topics very well.

The topic ( Article ) is one of them.

So, just focus on the rules of articles described below.

Moreover, these articles are used before such nouns whose identity isn’t known.

Generally students learn that the article ( an ) is used before such words the first letter of which is a vowel.

But, there is one more thing that is the article ( an ) is also used before such words the first letter of which follows Hindi vowels.

Such as an SDM, an FIR, an SHO, an honest, an heir, an LLB graduate, an IAS officer, an x-ray machine etc.

In the same way, we don’t use article ( an ) before such words the first letter of which doesn’t follow Hindi vowels.

If you are interested to know how to study with full concentration, check this article.

Such as a university, a union, a unit etc.

For more convenience, I’m giving some other examples based upon all these rules.

Examples on Indefinite articles ( a & an ) –

( e ) My younger brother is an excellent student in his class.

( k ) His father lodged an FIR against a burglar.

( m ) Her daughter is an heir to the throne.

( n ) The manager has been working on a project for an hour.

( o ) The leader of this town is an honest person.

( r ) The administration warned a union not to do protest against unnecessary things.

Article ( the ) is considered as a definite article. It is used with singular, plural and uncountable nouns.

If I say to my brother that, are you going to the party tomorrow ? It means that article ( the ) is referring to that party which is known by both of us.

Examples on definite article ( the ) –

( a ) Abhishek is arguing to the manager.

I hope that you must have understood, what is use of articles in English Grammar ? and how to use them.

Now, there will be no problem to understand the use of articles in English Grammar.

Some special cases of articles –

There are some special cases of articles, which are very essential to know.

1. We never use indefinite articles ( a/an ) before plural nouns.

Wrong – A girls are dancing on the floor.

Right – The girls are dancing on the floor.

2. We never use indefinite articles ( a/an ) before uncountable nouns.

Wrong – The teacher gave me an advice.

Right – The teacher gave me advice.

3. When we use verbs as nouns, we will use a/an before verbs.

( b ) I had a long talk to my childhood friend.

4. We always use definite article ( the ) with the countries the name of which includes Union, United, Republic and Kingdom.

The United States, The Soviet Union, The Irish Republic etc.

But always keep in mind that we never use article ( the ) with the name of the country such as India, Pakistan, America, China, Russia etc.

5. Definite article ( the ) is always used with rivers and some specific places.

( a ) The Ukraine is the second largest country in Europe.

( b ) The Great Britain refers to the whole England.

( d ) The Yamuna is considered a religious river.

Eventually, I hope that the article must have satisfied you and you got valuable information here related to articles.

After reading the article I’m making you sure that you will not face any problem about what is the use of articles in English Grammar.

If you really liked the article, please share it to those need it.