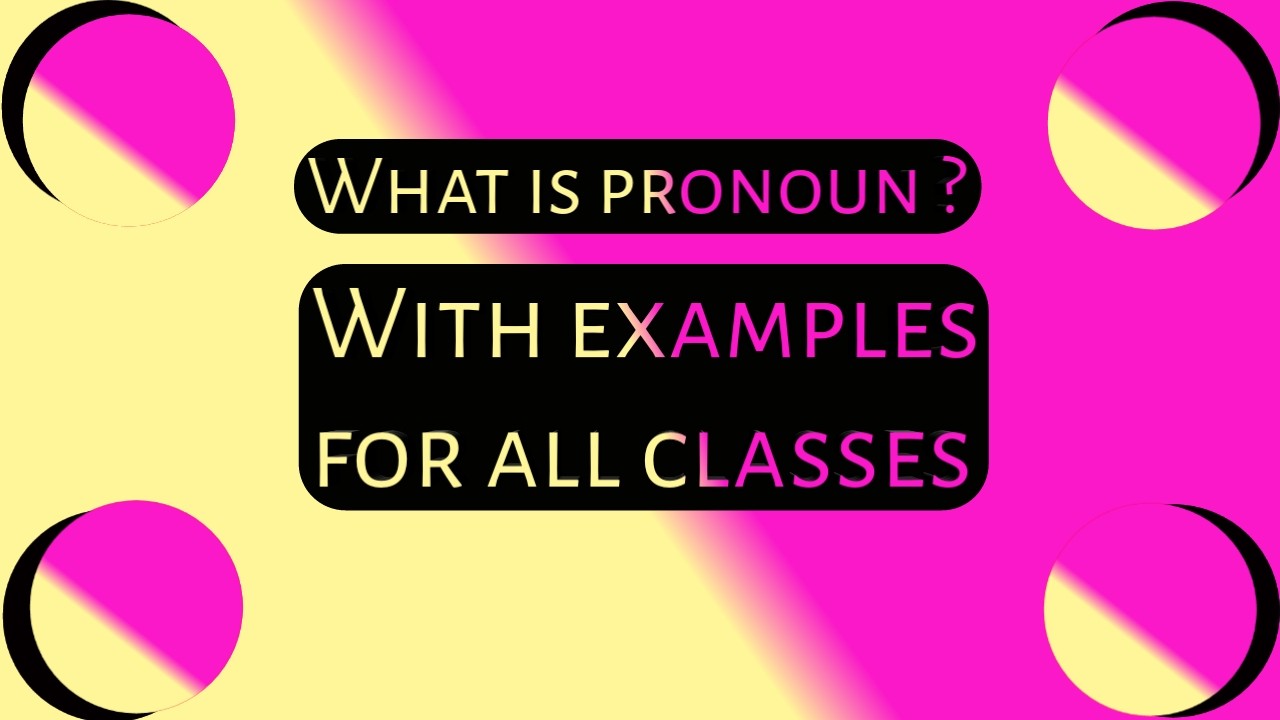 Today, I’m going to discuss, what is pronoun with example? It’s a very important part of speech in English.

If you don’t know about it, you may face difficulty at the time of speaking or writing English. The pronoun is such an important topic that it’s included in the syllabus from the very lowest class.

That’s the main reason to explain, what is pronoun with example?

There is one more thing that is if you have better knowledge of parts of speech, students will be able to understand valuable English otherwise when the basics will not be clear, how will they understand or speak English?

Sometimes, I have seen that people definitely make students understand what the pronoun is, but they don’t explain the actual usage of pronouns in the examples.

If you are facing the same problem and want to know, what is pronoun with example? please stay tuned.

The word which is used in the place of a noun is called a pronoun.

( a ) Mr. Gupta is a good philosopher so he teaches us Philosophy.

( b ) Vikash is playing cricket because he likes it.

( c ) Kavita worked hard so that she could pass the exam.

Where he & she are the pronouns.

If you are interested to know about, what is noun?, you can read the article.

All the first, second & third-person pronouns are called personal pronouns.

( b ) There is no personal grudge between them and me.

( c ) I think, everyone went to the party except you.

Where I, them, me & you are personal pronouns.

Possessive pronouns are such as ours, mine, hers, theirs, yours, his, etc.

The pronouns, which are used to point out persons or things are called demonstrative pronouns.

Where this, these & those are demonstrative pronouns.

A distributive pronoun is a pronoun, which refers to the members of a group separately and it’s always singular.

( a ) Each of the students attempted the examination.

( b ) Neither of them is playing football.

Where each, either & neither are distributive pronouns.

There are two reciprocal pronouns and these are each other & one another.

( a ) My mother and I left the station by saying goodbye to each other.

( b ) I saw the crowd fighting one another.

Read also, what is adverb with examples?

The pronouns such as himself, myself, herself, ourselves, yourself, itself, themselves, and oneself are called reflexive pronouns.

( a ) A desperate man poisoned his wife himself.

( b ) You are creating problems yourself.

( c ) I cut my finger myself when I was cutting vegetables.

Everybody, someone, somebody, anybody, nobody, anyone, no one, nothing, everything, something, anything, all, some, any, both, few, much, little, another, etc.

( a ) Everybody enjoyed the fair.

( b ) Everything was fine at the party.

( c ) Nothing special happened on Holi this year.

Where everybody, everything & nothing are indefinite pronouns.

A relative pronoun is the subject or object of the relative clause.

( a ) The man who adopted a child was a billionaire.

( b ) Ravi has a daughter whom he loves very much.

( c ) All the toys that I had purchased have been destroyed.

Where who, whom & that are relative pronouns.

The pronouns, which are used to ask questions are called interrogative pronouns.

Where who, which & whom are interrogative pronouns.

These are all types of pronouns that should be learnt by anyone who is fond of knowing good English.

The pronoun ( this ) is used for a person, thing, or identity.

Read also, how to change active voice to passive voice?

2. Use of possessive pronoun –

When two subjects are attached with some special words ( as well as, along with, with, in addition to, but, besides, except, rather than, like, unlike, nothing but, etc ), we always use possessive pronouns according to the former subject.

( a ) Ravi as well as his friends has passed his interview.

Here, you can see that the possessive pronoun ( his ) has been used according to Ravi.

( b ) My colleague Rinku along with his younger brother has been doing his job in Lucknow for two years.

Here, also you can see that the possessive pronoun ( his ) has been used according to Rinku.

Ultimately, I hope that the article will definitely satisfy you because I have covered here all types of pronouns and special cases as well.

Now, there will be no problem understanding what a pronoun is.

If you really enjoyed the article, please share it with those who need it.