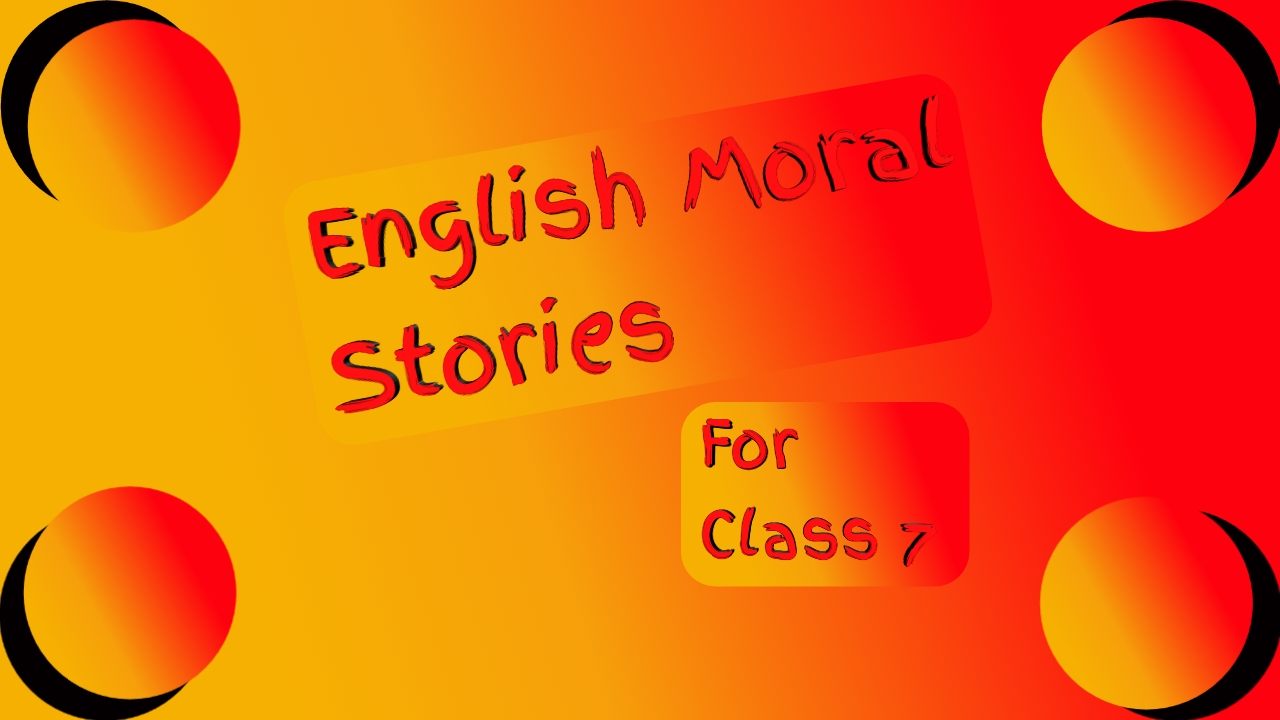 If you’re a student of class 7 and seeking some of the best moral stories to read, you’ve come to the right place.

Here, all are the best moral stories, so don’t miss reading any of them.

Two close friends, a dog, and a snake lived near each other in the forest. Since the snake was very long, other animals were afraid of it.

One day the snake was resting under a tree stretching out its whole body and the dog was passing by.

He saw the outstretched body of the snake and was surprised. Consequently, he also decided to stretch his body like a snake.

When the snake saw him doing this, it asked him, what are you doing?

The dog told the snake that he also wanted to stretch his body like you.

Then, the snake made him understand and advised him not to do so. Also, it told him that by doing so he might be harmed.

But, he didn’t listen to the snake, and suddenly his stomach burst resulting in his death.

The moral of the story is that we shouldn’t do any unnecessary work without understanding the consequences.

Read also, some other the best moral stories.

Once some colts were going somewhere when suddenly a lion came from the other side. As soon as the colts saw the lion, they were scared for a while.

There was a well nearby, so one of those colts thought something and told the others to go ahead.

When the lion came near them, he ran to pounce but one of them said, don’t try to eat any of us as my friend is also a lion and he lives in this well.

The lion didn’t believe it and went to see it in the well.

As soon as he looked into the well, he saw his own shadow and began to roar. As a result, he believed that there was really a lion and went away from there.

All the colts became very pleased.

The story teaches us that we should never be afraid of trouble but face it.

In a school, there was a girl whose name was Rubina Malik. She was very weak in her studies but always tried to get higher marks.

She used to sit on the last seat of the class as teachers considered her very weak. So, the children of her class always teased her.

One day she thought that if it continues, children will keep teasing her.

So, she decided to work hard as she wanted to show her classmates that she could also do better.

She started focusing on her studies in school as well as at home due to which she topped her class in the yearly exam.

As a result, she was rewarded for getting the highest marks in the class.

The moral of the story is that we can do anything by using our abilities in the right direction.

A very rich man lived in a village. He had only one son. His son was very fussy and used to spend money unnecessarily. Being beloved of his father, he never lacked anything.

He never paid attention to his father’s business, but his father wanted his son to help him in his business.

He was a very irresponsible person and busy living his luxurious life.

One day, his father passed away. After that, it was as if a mountain of responsibilities had fallen on him.

Since he wasn’t experienced in the business field, he lost everything within six months.

Due to the absence of his father, his life had become worse. Now, he was wishing to go back in his life to mend his mistakes.

The story teaches us that time is very precious and we should learn things on time otherwise we may face big problems.

A priest lived at a place called Kushinagar. He believed in God a lot, so he used to do severe penance for about 20 hours a day.

God was very pleased with his hard work and one day appeared before him. He was also very happy to see God.

As soon as God asked him to ask for a boon, he said without any hesitation that whatever he touched should turn into gold.

God left the place by giving him this boon.

After a few moments he came out of his room and went downstairs to his daughter, but he forgot that boon.

As soon as he touched his daughter, she turned into gold.

He started crying and regretted it a lot. Again, he did penance to God and gave that boon back to him.

The moral of the story is that a decision taken without thinking can be very harmful to us.

6. A poor woman with her daughters –

A woman lived in a house with her three daughters. She was so poor that sometimes her family slept without eating anything.

There was an old man near her house and he felt great pity for that woman.

One day the woman went out of the house in search of food.

After some time, the old man went to her house and asked the girls if they had taken food. At the same time, the woman came back home.

Without knowing the scenario, she made many allegations against that man. As a result, she called the police and sent him to jail.

The story teaches us that too much goodness can take you in distress.

Once many relatives came to a fisherman’s house, so he went fishing on the bank of a pond.

He cast a net several times in the pond and caught the fish but he let them go because they were too small.

He wanted to catch one big fish instead of many smaller ones.

So, he kept on making his efforts from morning to evening, but no big fish could be caught. At last, he became very sad.

When he returned home, he told this story to everyone, due to which everyone had to sleep hungry at night.

The moral of the story is that sometimes doing things as per your wish leeds you to failure.

Ultimately, I hope that you must have been satisfied by these English moral stories for class 7.

In this article, I’ve told some of the best English moral stories for class 7.